You are at:Home»AI»Facetrom Analyzes Facial Photos And Predicts The User’s Risk At 92% Accuracy

“Facetrom helps 2.9 Billion unbanked people in the world to get services from financial and insurance 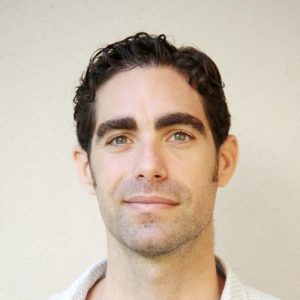 companies” – says Ido Peleg, Facetrom founder and CEO. According to him, 2.9B people in the world can’t get services and promote their lives because the companies are concern these people will do a criminal activity or expand their claims.

Peleg: “Facetrom goal is to help the world and the Unbanked people. By using Facetrom, unbanked people can get services without sharing any personal data such as ID number, phone number, name and any other detail people are sharing today with the companies.

With Facetrom you’ll keep your users 100% anonymous, 100% private and with no discrimination, Guaranteed”.

Peleg: 2.9B people in the world are unbanked, they can’t get services from financial companies & Insurance companies. They can’t promote their life by buying insurance, education, health or any other important services.

Facetrom’s technology analyzes facial photos in less than 0.3S and predicts the user’s risk at 92% accuracy (F1) with “zero” friction with the users.

By using Facetrom, companies increase the number of potential customers, decrease the risk and not less important, helps 2.9B people in the world get services and promote their lives.
Facetrom is GDPR compliance so there is no regulation barrier.

All the photos that Facetrom analyzes are anonymous with 100% privacy protection.

What kind of information can you extract from facial images?

Peleg: There are A lot of biological parameters on the face, the face has the highest number of insights on the body surface.

Facetrom knows how to read the biological parameters, calculate and based on that predicts the personal behavior.

What is the value & benefits to insurance companies?

Peleg: Facetrom identifies users who are likely to commit fraud, criminal activity and / or endanger the insurance company, such as dangerous driving and misconduct.

Facetrom reduces the amount of claims, identifies people who claim in order to get payments from the insurance company, and even predicts people who may expand their claim without any reasonable cause.

Also, Facetrom can increase the number of users by finding “safe” costumers, even among those who lack of credit history.

At what stages of the insurance process can facetrom’s technology can be useful to the insurer?

Peleg: Facetrom is at both edges of the process with the user. First is the onboarding stage, which assesses the user’s risk of criminal activity & Fraud. Based on that it assesses the premium that the user has to pay and what the insurance company’s risk is. The other stage, the opposite edge of the processes is after the user have claimed the insurance company, Facetrom analyzes the user’s facial photo and assesses the likelihood that the claim is fraudulent or that the user extended the claim.

Peleg: This is a great and a very important question.

Facetrom provides on-premise service, it does not receive any user information, no social number, phone number, the name of the person or any other private information!

Facetrom only gets the user’s metadata without the ability to reverse engineer to the private user’s information.

Facetrom complies with all the requirements of the GDPR and other privacy laws and keeping 100% users’ privacy.

Where (geography) do you focus your business?

Peleg: Most of our focus is on emerging countries because the Unbanked people problem is very serious there and it’s limiting the lives of 70% of the population.

Peleg: Facetrom has great people. Uri Lipowezky, Ph.D of Photogrammetric, was the chief scientist of a company that acquired by the Israeli Aerospace Industry (IAI), he was an algorithms scientist at Samsung Cameras and published more than 80 articles and patents about computer vision and ML / AI.

Irit Peleg, Ph.D of Evolutionary Psychology, is Former director of the Adler Institute’s graduate school, she was the Head of the Department of Psychotherapy, Pedagogical Director, and in the steering committees of the leading universities in Israel.

Irit researched for 30 years, whether a person has a free will of decision making or our decisions are deterministic.

Ido studied also Chinese medicine (TCM) to understand the architecture of the body from a holistic view.

Facetrom’s VP R&D and the head of data science are having a great experience. They are alumni from the Ivy League universities. They worked at several great companies such as Microsoft, Facebook, a well-known algo trading company and many more

Among the investors in Facetrom there are the owner of Check Point and the former Co-founder of GVT Telecom Brazil. The former commander (Rear admiral) of Mafat (equivalent to DARPA) is also involved in Facetrom and many other amazing people.