You are at:Home»AI»Planck Provides All The Answers To Commercial Insurance Applications And Underwriting Questions 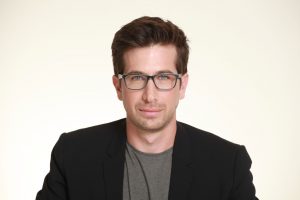 What does Planck do?

Yacubovich:  Planck takes a business name and address and creates hundreds of risk related insights or in other words, Planck provides all the answers to commercial insurance applications and underwriting questions, using publicly available information and proprietary artificial intelligence capabilities. The data that Planck creates serves both business owners and insurance companies to provide the most accurate pricing and coverage, dismissing long and time-consuming questionnaires. This results in frictionless onboarding processes and better pricing for business owners which leads to more business for the carriers, while reducing their expenses and loss ratios.

Where does the information come from?

Yacubovich: The information carriers are looking for is not clearly visible on the web. In order to provide the most relevant and accurate insights about a business, Planck developed Artificial Intelligence algorithms to create these insights, by crawling the open web and gathering all the related digital footprint from publicly available resources. Once the data pieces are gathered, the platform extracts valuable signals from each and every data piece and creates the insights by feeding deep learning algorithms with all the intermediate findings.

Think about a bar’s percentage of liquor sales out of its total revenue. In order to create these insights, Planck trained its models on audited data sets so the platform can convert all the relevant signals into a concrete and accurate answer. For example, Planck will take into consideration the number of people standing vs. sitting, the intensity of the light, the number of beer bottles and wine glasses compared to the number of dishes and plates, alcohol discounts, the geographical area and many others.

What segments are you focusing on?

Yacubovich: Planck is mainly focused on the commercial insurance space, with further focus on SMBs across dozens of business segments such as: construction, professional services, restaurants bars and taverns, manufacturers, retail stores, landscapers, healthcare, hospitality and many others, as well as on the major commercial insurance lines of business such as: general liability, workers compensation, employment practice liability, business owner policy and property.

What are the problems you are trying to solve for the insurance companies?

Yacubovich: There are a few fronts we are tackling as I’ll describe shortly, but in a nutshell, insurance is all about analyzing data to assess risks. The better the data a carrier has, the better pricing it can offer at lower risk levels.

On the digitalization front, Planck allows more efficient distribution channels, making a carrier more favorable to do business with, as instead of asking agents or business owners endless amount of questions and then validating it internally, a process that overall lasts days or weeks – with Planck, carriers can offer quotes in minutes or even seconds, while increasing the clarity to the risk by receiving complete and accurate data.

On the operational side, there is a flaw in the traditional methodology especially in the commercial insurance space. The data used to underwrite businesses is mostly generated by agents who have their own incentives and priorities. Hence, underwriters need to manually validate the submission data in an inefficient way – googling the business.  This is a time consuming effort and is limited to whatever the underwriter will find within the first five to fifteen minutes, which might appear online but isn’t necessarily the truth. Bottom line, the data that carriers use to base their decisions on is incomplete with limited accuracy levels.

Given the data that carriers have on file, their actuaries and data scientists are the best in finding correlations to the actual risk however, the data that carriers have on file is limited to their existing set of questions and not to all the available signals. They would only have a snapshot of that data to the underwriting time and not to the actual risk before the loss occurred.

How does your product help them?

Yacubovich: The accuracy and completeness of the data helps carriers to cater to their digitalization need, along with improving their operations, building more sophisticated distribution strategies, gaining a better understanding of their risk exposure on a book level and also on the business level, giving the needed visibility for premium audit, renewal purposes and even for taking preventive measures.

What insurers are you currently working with?

Yacubovich: We are currently working with dozens of insurers mainly in the US, including Chubb, AIG and many others.

What investments were made in the company so far?

Yacubovich: To date, Planck raised an overall of $28M in two funding rounds. The recent one was led by Team8 Capital, with participation from all existing investors (Viola FinTech, Arbor Ventures, Eight Roads) alongside new strategic investor additions Nationwide and HDI Group.

Tell me about your professional background and about other key figures in the company.

Yacubovich: At Planck, I serve as VP Marketing and Business Development, leading the growth both directly and through partnerships in the US. Prior to joining Planck, I served as Chief Growth Officer at the first Israeli digital bank Pepper, and prior to that I co-founded Commerce Sciences, which was active in the E-Commerce personalization space and was acquired by Taboola at the end of 2016.

Planck’s founding team, Elad Tsur, Amir Cohen and David Schapiro – has an extensive background in insurance and technology. Prior to founding Planck Re, Elad and Amir founded Bluetail, which was acquired by Salesforce, where they continued to lead the architecture of the AI platform, rebranded as Salesforce Einstein. David is also a familiar face in the insurance industry, having led analytical insurtech player Earnix for a decade and turning it into one of the leading analytical insurtech players. He is also a Non-Executive Director at Bought By Many.